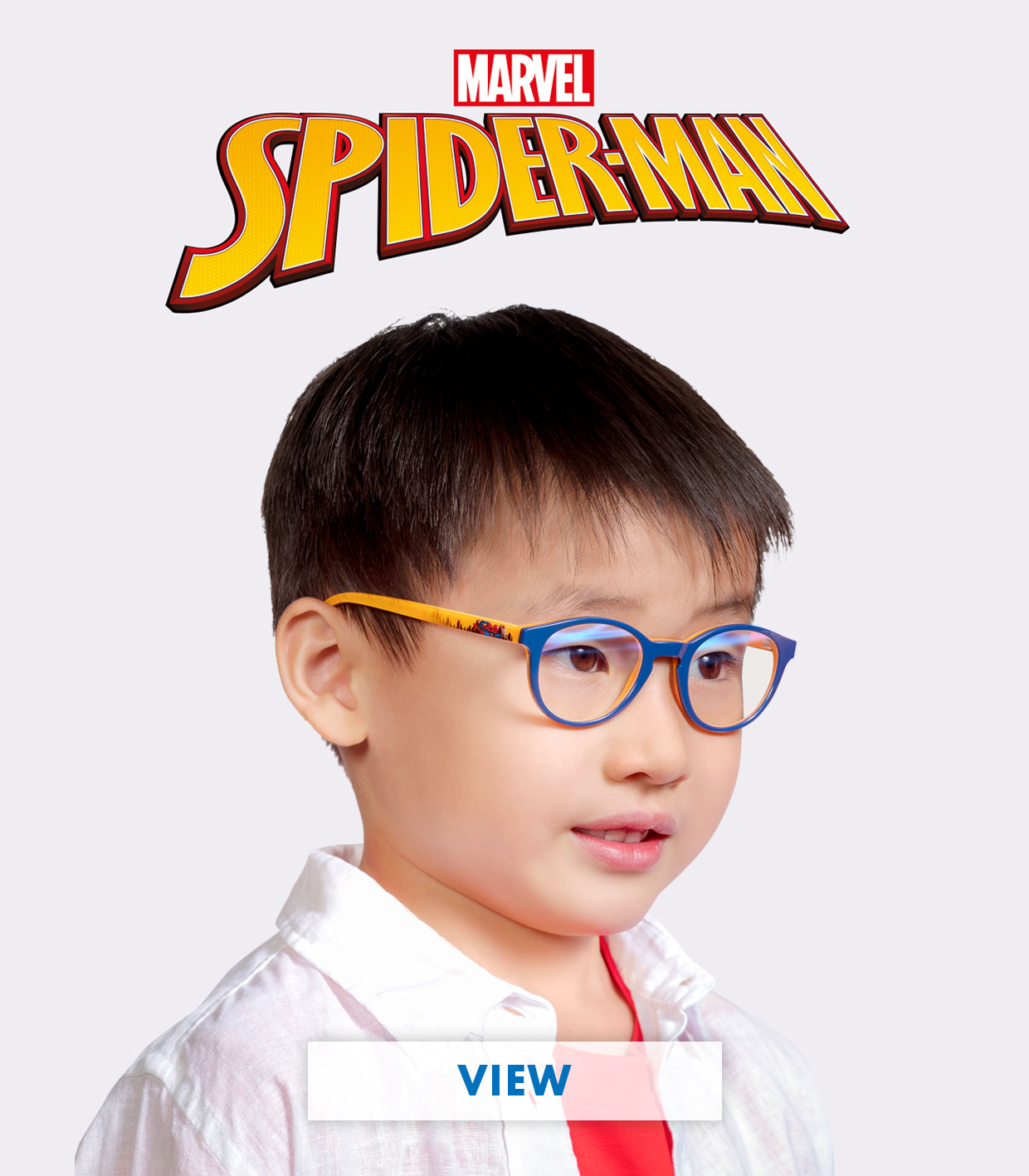 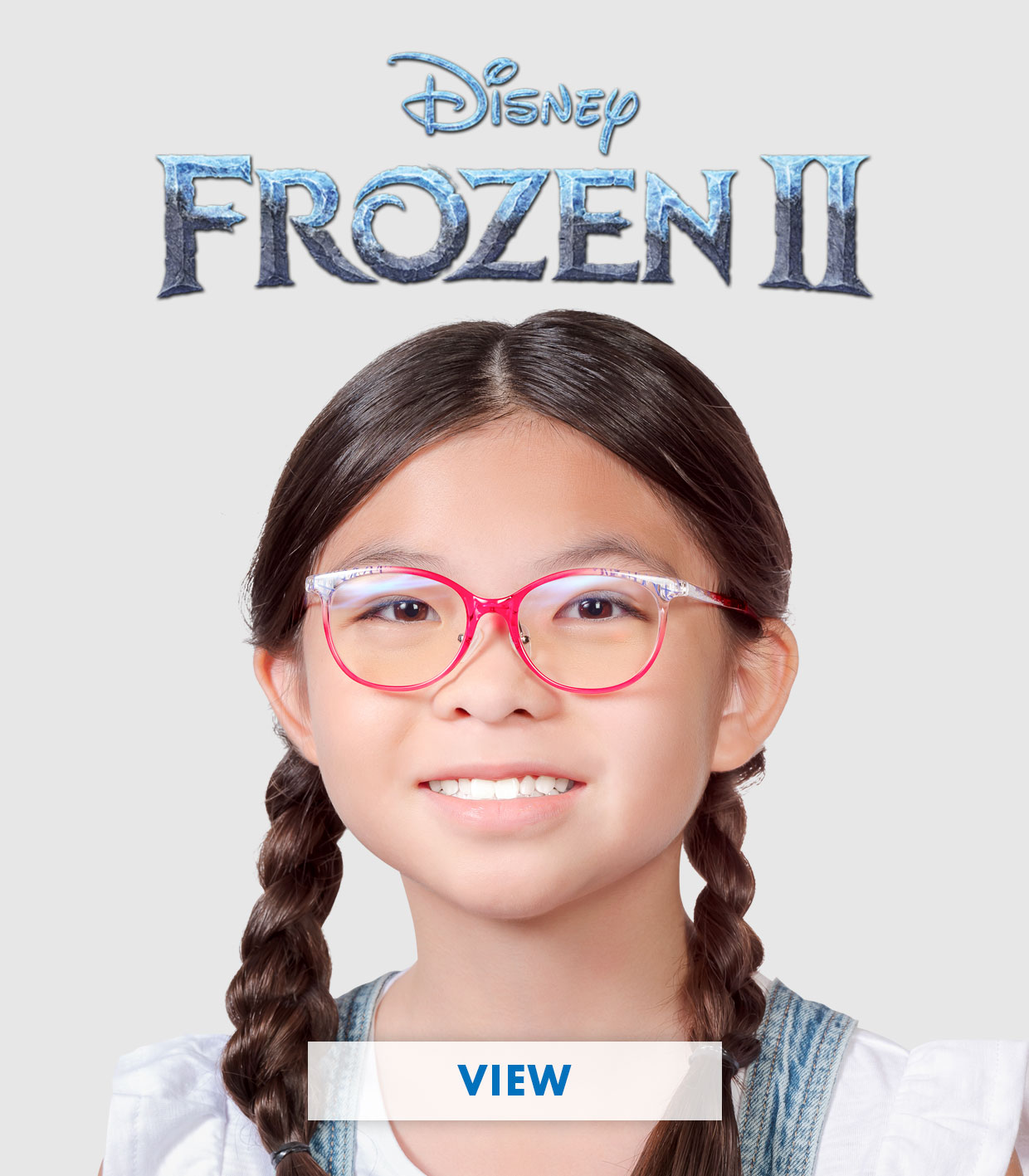 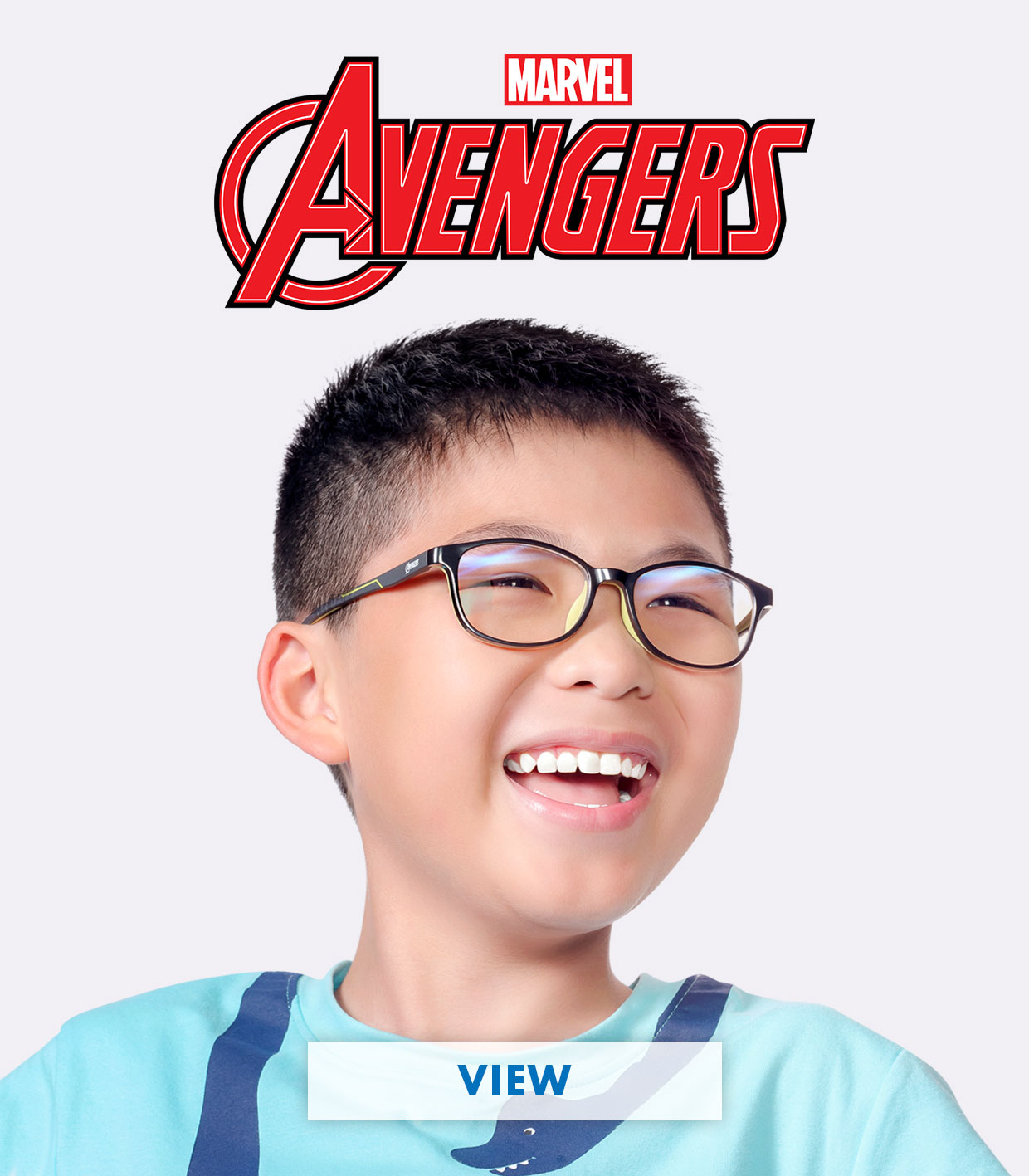 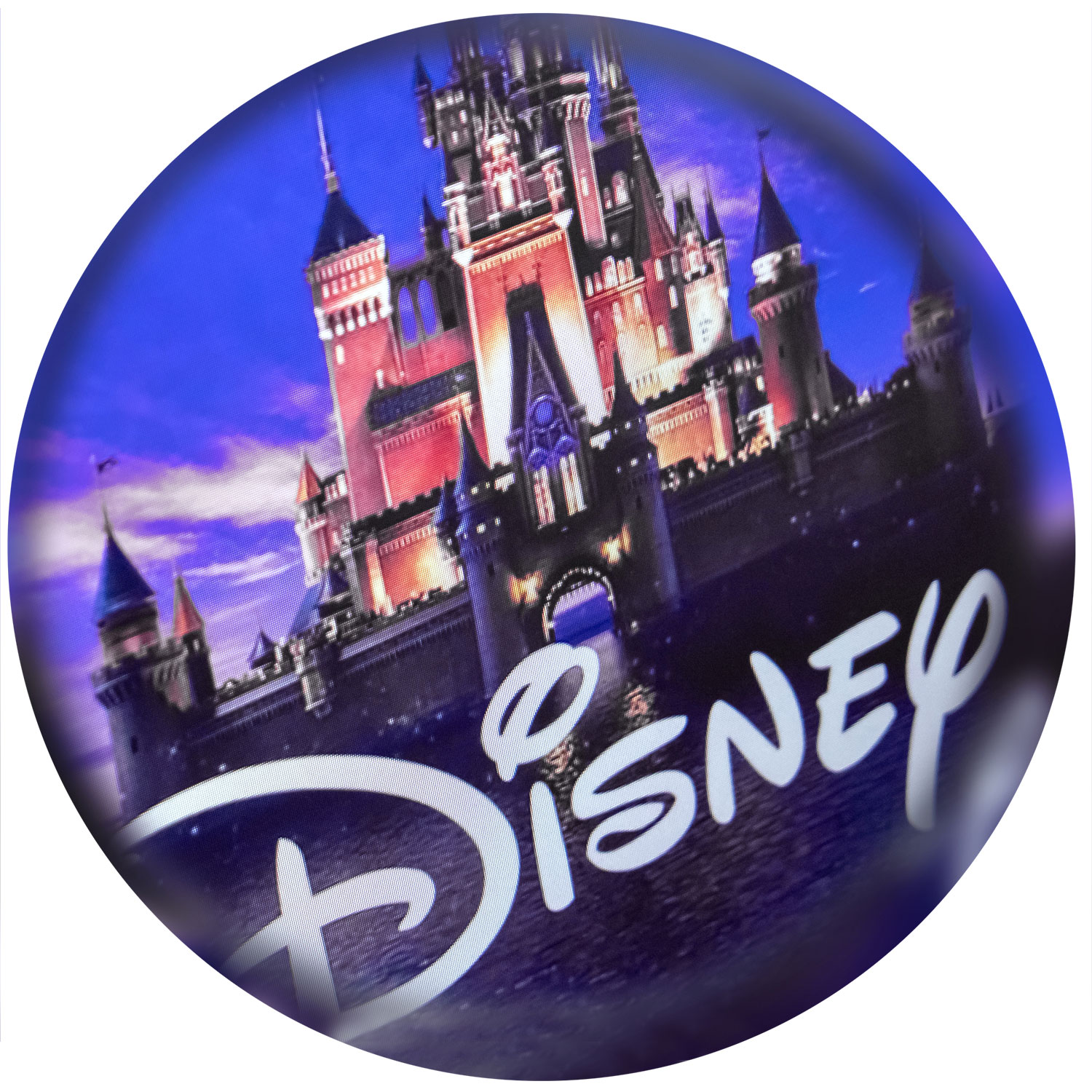 Make your child dreams come true with eyeglasses made with the magic of Disney®, featuring some of the brand's most popular characters, including Frozen, Spiderman, Avengers. 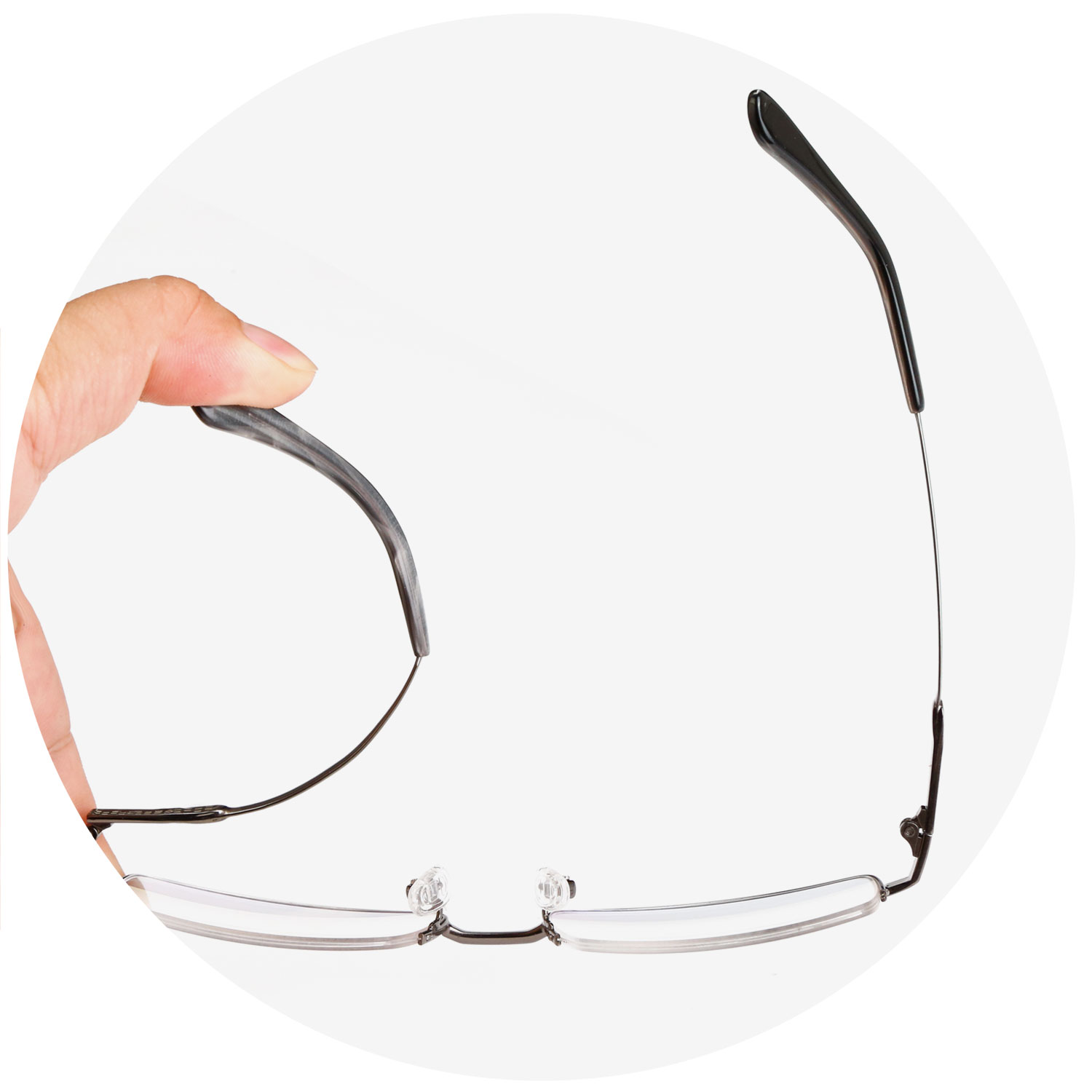 Designed to be super flexible and durable, these whimsical glasses for boys and girls will help your little ones see their best design. 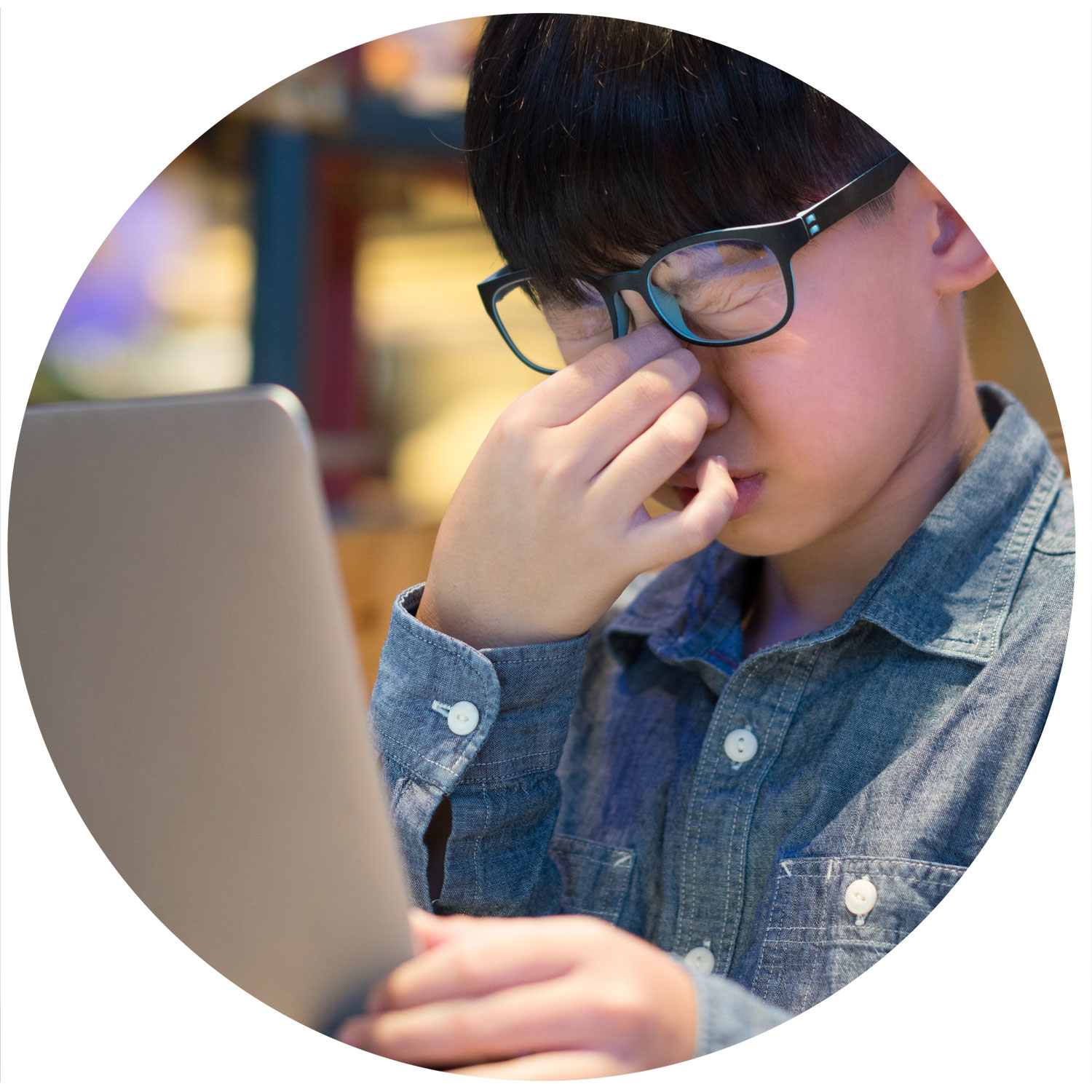 All of our glasses are non-prescription, designed and engineered to block harmful digital blue light to help reduce the negative health effects that are caused by prolonged use of computer and tablet screens. 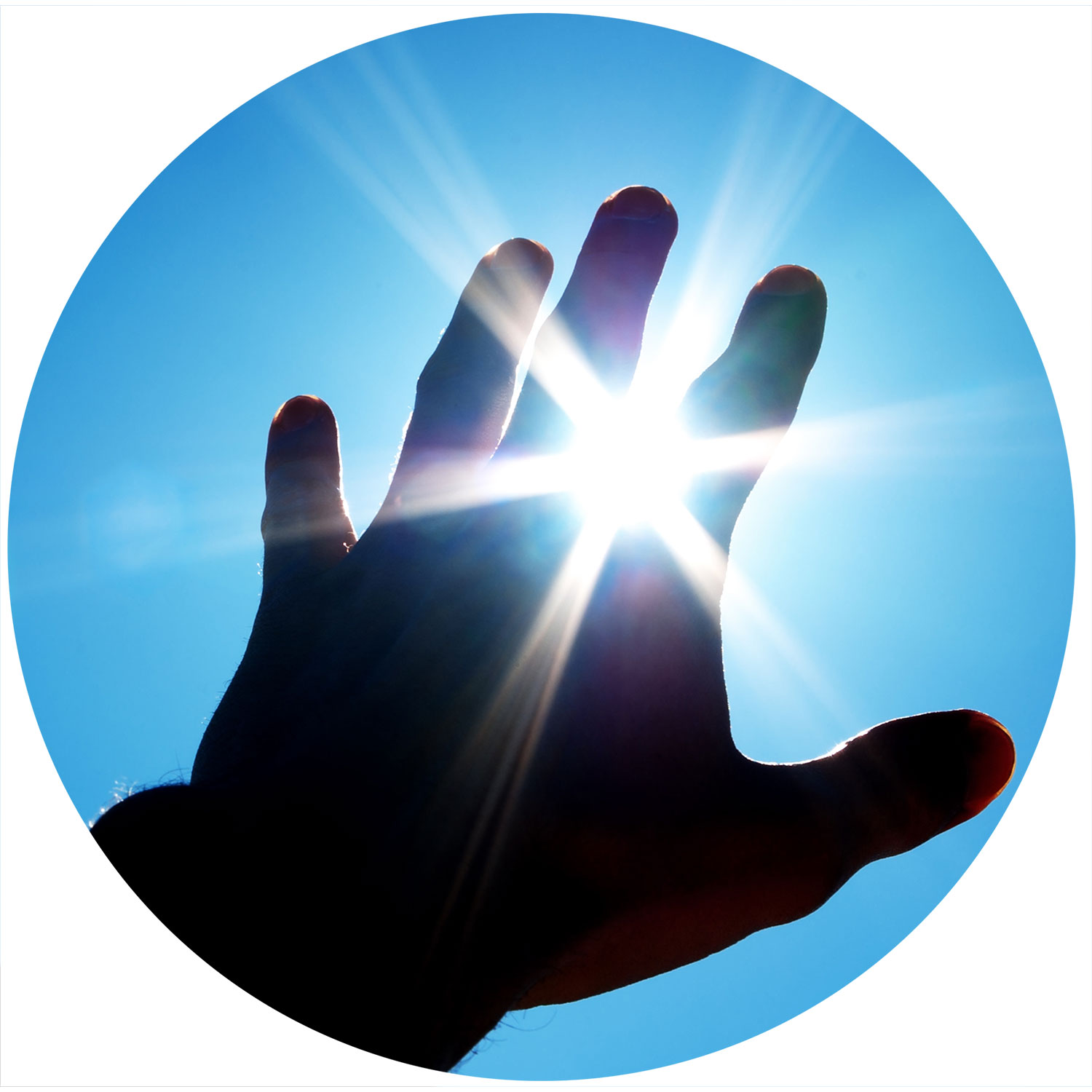 Protect kids eyes from harmful UV light, block 100% UVA/UVB whenever your kids are outdoors in daylight.

What’s all the fuss about protecting against blue light?
We’re glad you asked.

A small amount of blue light helps keep our sleep cycle healthy, but too much blue light exposure can disrupt our circadian rhythm and lead to restless nights.

Kids are using phones, tablets, and devices now more than ever, and using them for extended periods of time can lead to eye strain, and even headaches.

Research is still being done on the long-term effects of blue light, and we think that’s actually one of the best reasons to protect against it: protect your child’s eyes against the unknown. In the Walt Disney World of Marvel, there are many superheroes, including Marvel Avengers, the heroic group of powerful characters. The Avengers are always there to do their best in stopping world-ending events. Even it seems hard, and impossible to do, they always succeed through their teamwork and fast thinking. Even if the enemies are from other worlds or universes, the might of Thor, Iron Man, Hulk, and many more will always help in defeating even the strongest evildoer. The Avengers characters are seen as just and strong people that will always protect the world, no matter what.

The beloved characters that inspire millions of kids worldwide have many accessories available. From shoes to belts, backpacks, and the obvious costumes. With the introduction of the eyeglasses, the children can enjoy the usefulness of a prescription frame, while staying inspired by the smarts and courage of the mighty heroes. As much as we would love a pair of Tony Stark sunglasses full of augmented reality tech, even if not yet available on the market, the children will love the Avengers glasses for kids.

In the Walt Disney World of Marvel, there are many superheroes, including Spider-Man, the friendly neighborhood spider. With our friendly, and young superhero Peter Parker, saving the world is almost as easy as a swing of the web with his spidey feelings and powers,. There is always a problem or evildoer around the corner. Spider-Man, aka Peter Parker, always finds a smart way of solving it, despite not always being easy. Even with the new series such as Spider-Man far from home, the character is still realistic and up to date with the current times. The Spider-Man character is a beloved one for both kids and adults. His charismatic, young, and eternal fresh and optimistic attitude and charisma. No wonder kids want to have the powers of Spiderman.

The beloved character that inspires millions of kids worldwide, has many accessories available. From shoes to belts, backpacks, and the obvious costume. With the introduction of the eyeglasses, the children can enjoy the usefulness of a prescription frame, while staying inspired by the smarts and courage of the friendly “Spidey ”. As much as we would love a pair of Tony Stark sunglasses full of augmented reality tech, even if not yet available on the market, the children will love the Spider-Man glasses for kids. Disney has a multitude of glasses of superheroes available for kids. Such Disney glasses are great to choose as prescription kids’ glasses.

Frozen is a 2013 American 3D computer-animated musical fantasy film produced by Walt Disney Animation Studios and released by Walt Disney Pictures.The 53rd Disney animated feature film, it is inspired by Hans Christian Andersen's fairy tale "The Snow Queen". It tells the story of a fearless princess who sets off on a journey alongside a rugged iceman, his loyal reindeer, and a naive snowman to find her estranged sister, whose icy powers have inadvertently trapped their kingdom in eternal winter.

When it comes to a love for Disney's Frozen animated film franchise, most kids don't seem too eager to "Let it Go." If you've got little ones who are obsessed with Elsa, Anna, Olaf, Kristoff and the rest of the gang from this modern Disney classic, Walmart has a dedicated section where you can find all the toys, costumes, movies, housewares and books you need to bring some Frozen fun into your child's life at Every Day Low Prices. From coloring books and fictional stories from an expanded universe to bedsheets and ride-on toys, you can help your little ones immerse themselves into a world of icy magic and steely courage as they pretend to be their favorite character from Frozen.

These collection Designed for girls, disney's line of children's Frozen eyeglasses will allow your daughter to discover the magic of her favorite Disney Princess. The particular frames are glitter for that right touch of sparkle covered by younger girls. The bright pop of purple is accented by the colored imprint of three favorite female disney characters.Put your young princess in prescription eyewear of her favorite color. The frames are fun, colourful and comfortable. This collection features flexible hinges and Made from High quality acetate .The Frozen glasses kids with spring hinges will warm up your little one's sweet style. Disney logo on temple is brand authenticity guaranteed. Glow in the dark eyeglass case and cleaning cloth included.

Keep your child's eyes protected while out in the sun with these Disney Frozen Sunglasses. They are made of sturdy plastic and feature colorful graphics of her favorite characters from the beloved movie. These Disney sunglasses are ideal for wearing at the park, beach and while playing outdoors.Your little princess can chill with these stylish Frozen Sunglasses featuring glitter-infused frames and Elsa decal on one lens. When the sun is hot, these sunglasses are Frozen cool.